UAC of Nigeria PLC (UAC) has rewarded shareholders with N1.92 Billion dividend payout, even as the Company seeks to bolster its capital position via a N15.4billion rights issue.

Mr Dan Agbor, Chairman of UAC of Nigeria PLC in his address at the Company’s Annual General Meeting at the Golden Tulip Festac Lagos, said: “In view of the Company’s performance, the Board is recommending for your approval a dividend of 100kobo per ordinary share in respect of the 2016 financial year”.

On the Company’s Financial Performance, Mr Agbor noted that “Despite the daunting challenges posed by the operating environment, your Company was able to deliver a mixed to good result in 2016 through cost optimisation initiatives, innovation in key categories and extensive retail market expansion, all of which helped to offset further deterioration of margins during the year.  Consequently, I am pleased to report that your Company recorded a Group Revenue of N84,606,570,000 in 2016, an increase of 15% from the N73,771,244,000 of the previous year. Group Profit after Tax of N5,666,538,000 is an increase of 10% on N5,162,738,000 of the previous year”.

Commenting on the Capital Requirements, Mr Agbor stated “You will recall that in the Chairman’s Statement that I made at the Annual General Meeting last year, and which formed part of the 2015 Annual Report, I informed you that the Board had taken a decision to discontinue the 1 for 12 Rights Issue that was approved at the 2015 Annual General Meeting, due to the prevailing market conditions.  I also informed you that the Board and Management would undertake the required investment in, and financial restructuring of, your Company’s subsidiaries using internally generated funds. “

The Chairman stated “I am pleased to inform you that the Rights Issue of Portland Paints has been concluded while the Rights Issues of Livestock Feeds and UPDC are at various stages of execution, due to delayed regulatory approvals.  Grand Cereals also plans to raise equity by way of a Rights Issue that your Company also intends to subscribe for.”

Mr Agbor noted that “The Board has identified an urgent need to bolster your Company’s capital position.  This will ensure that your Company is able to subscribe for these Rights Issues and provide its subsidiaries with working capital support in a timely manner, so that the subsidiaries can quickly respond to challenges and take advantage of emerging opportunities.”

Commenting on the outlook for the year, Mr Agbor stated that “in 2017 we will focus on consolidating the initiatives that we started in 2016, support growth and working capital through equity calls, unlock value through the realisation of under-performing assets and restructure the route to market architecture across the group.” 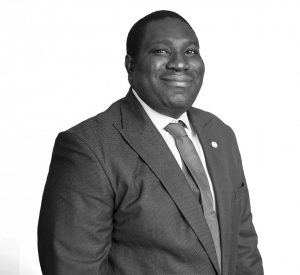 Notice of 2022 Annual General Meeting of UAC of Nigeria PLC